Timo Lassy plays the saxophone like he means it. Listen to him, and you hear someone fully dedicated to his art, no matter what the context. Despite being a fixture earlier on Downbeat Magazine polls for ”Rising Star” on the baritone saxophone section, he nowadays plays the tenor. That being said, on previous recordings he has also been heard on the flute, but to understand Lassy as an artist, his recent concentration on the tenor is a key thing. He goes deep.

For those paying attention to the jazz scene in Helsinki at the turn of the millennium, the chances are that you first heard him on the ranks of the Blue Note recording U-Street All Stars, or perhaps The Five Corners Quintet, the Nuspirit Helsinki led jazz project which morphed into a live band setting stages on fire the world over.

In 2007 Lassy released his debut album, ”The Soul & Jazz Of Timo Lassy”, on Helsinki’s lauded Ricky-Tick Records, the label also behind The Five Corners Quintet. The album, along with its lead single ”African Rumble”, quickly established Lassy a name to be reckoned with as a solo artist, especially among those with a taste for some latin-tinged soul jazz. It was essentially club music, featured on their sets and radio shows by the likes of Gilles Peterson, Paul Murphy, Jazzanova and Motor City Drum Ensemble, to mention but a few.

At the same time, it was clear from the get-go that Lassy doesn’t make ”just” club sounds. This wasn’t ”nujazz”, but the real deal with some of Finland’s top young guns circulating in and out of his band formations, and compositions that went way beyond their club functionality. The music is 3D, not tied to a specific era. Lassy’s setup was based around the music he loves and calls home: mid-60’s styled soul jazz with a touch of boogaloo sensibility. That is just the starting point, though.

More albums followed, the band took shape. José James featured on ”Round Two” (2009, RickyTick Records). The Timo Lassy Band became a beyond solid live act, charming audiences and throwing them into a frenzy with their gritty gigs. Timo on tenor, Georgios Kontrafouris on piano/wurlitzer, Antti Lötjönen on double bass, Teppo Mäkynen on drums and Abdissa ”Mamba” Assefa on percussion. This is the ”classic lineup” that has sold out venues such as the 1.500 capacity Helsinki Festival tent ”Huvila” and Savoy Theatre in his hometown Helsinki, and trekked the world over.

Meanwhile, the music is moving forward. Lassy, for some years now splitting his time between Helsinki and the more benign climate of Rovijn, Croatia, is on the lookout for new connections and inspirations. His tenor sound is readily recognisable from its robust quality and his often riff-like, catchy phrasing. But more often than before, you can hear him experiment with his music and playing, as well. There’s a new depth of expression constantly developing, and that goes for both his playing and composing.

At the time of writing, a new musical adventure is just around the corner. ”Trio” by Timo Lassy will be released on August 28, 2021, by We Jazz Records. The trio mentioned on the title is a new one, featuring Ville Herrala on double bass and Jaska Lukkarinen (of Dalindèo) on drums. Additionally, the album showcases a new sound for Lassy, bringing in electrronics and a large string section, suddenly making the album’s title something of an understatement.

But that’s the deal with Timo Lassy: You always get more than what you came for. 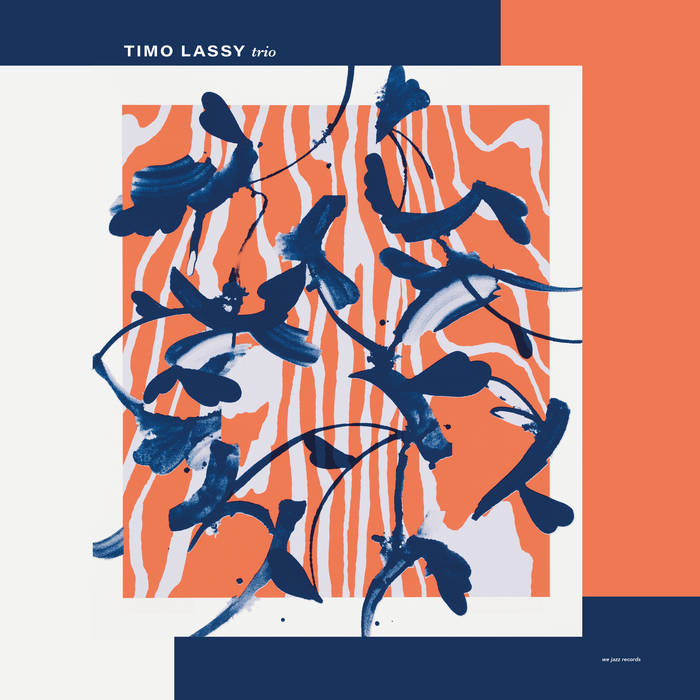