Ghent’s Steiger is a piano trio, but not in the classical sense. With its versatile style, influenced by different musical genres such as jazz, rock, pop, classical and electronic music, the members try to find a balance between composition and improvisation through the use of experimentation and electronics.

Considered pioneers of the Belgian jazz crossover scene, Steiger has been active for 8 years and has recently found itself performing at major jazz venues in Flanders, picking up numerous accolades along the way.

The trio’s highly anticipated sophomore album ‘Give Space’, released 14th September 2018 on Sdban Ultra, was recorded at 7 different locations, with the music composed to fit and fight these locations within a dialogue of acoustics, atmospheres and appetition. Field recordings, reverbs, ambient sounds, all collected within the search for the unpredictable, were given space within this dialogue as the essential part of the encounter. As a result, the locations emerge somewhat as a fourth member of the trio. The music – sometimes fixed, sometimes completely free – takes on an ever-changing journey into their multi-faceted world. 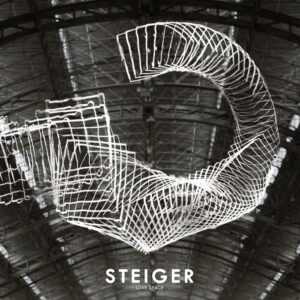