Little Steve and the Big Beat

Little Steve & the Big Beat are a high-energy Rhythm & Blues outfit; fiery guitar playing and strong vocals on top of a solid rhythm section. All the while the horns add a groove that will get your hands clapping and feet moving! Little Steve & the Big Beat stay true to tradition while not merely imitating, but adding their own voice to this expressive style of music.

Within just a couple years, Little Steve & the Big Beat have played major festivals and clubs in their home country and abroad, such as De Zwarte Cross (NL), Blues Peer (BE), North Sea Jazz Club (NL), Breda Jazz Festival (NL), Seven Nights to Blues (FR), Nuit Du Blues (FR), and many more. Their single Brand New Man (Dec 2014) receives regular airplay on Belgian national radio while their album ‘Another Man’ was in the top 3 of most played albums in the UK (Independent Blues Broadcasters Association, Jan 2017). And they have been nominated by the Dutch Blues Foundation for “Best Band”, “Best Vocalist” and “Best Drummer” for the Dutch Blues Awards 2015.

In May 2013 the band released their first EP, consisting of 3 original tunes (Working Overtime, Hard Times and Count On You) and 2 covers (Feel So Bad, Slip Away) for which they received many positive reviews in the Dutch and Belgian media, to quote just one:

“Steven van der Nat and his buddies already knock me out during the first notes of ‘Feel So Bad’. This band is unbelievably good! Finally, here’s someone who uses his natural voice the way it is. This EP tastes like a lot more. A full-cd a.s.a.p., and this band on all the Belgian stages please…” – Back To The Roots

In 2015 the band successfully toured with Texan guitar-ace Mike Morgan.

In November 2016 their highly anticipated debut CD “Another Man” was released, which soon received many raving reviews:
“Only the best of the best musicians can swing like this.” – Lust for Life

“Roll out the ‘vintage zebracarpet’ for Little Steve & the Big Beat. Irresistible!” – Written in Music

“What else does a person want? Listen to them once and you are sold!” – CtrlAltCountry

“The hottest Dutch rhythm and blues sensation ever, a sublime horn section, stunnin’ rhythm section and this Little Steve is an excellent guitarslinger with a soulful voice too.” – Rootsville

Next to Steven van der Nat on vocals and guitar the band consists of Martijn van Toor and Evert Hoedt on tenor and baritone saxophones, Bird Stevens on bass and Jody van Ooijen on drums. 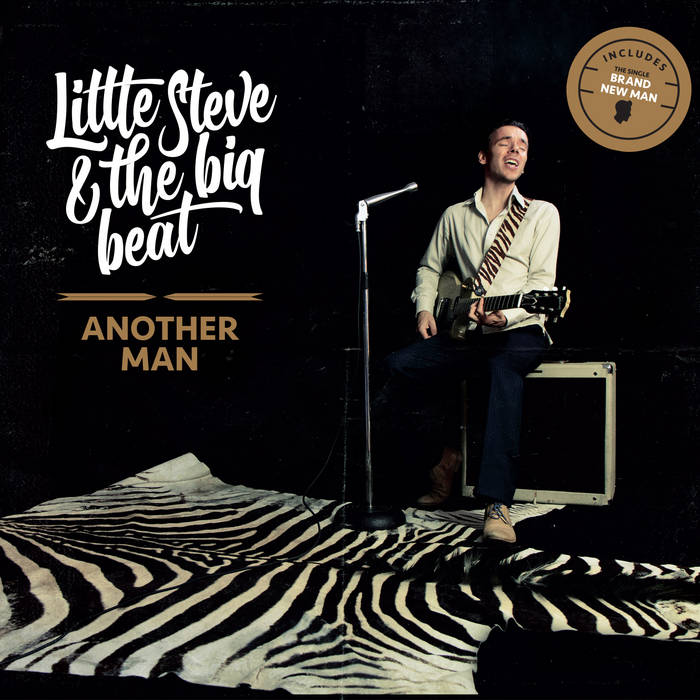