Jennie Lena stands out! Her raw talent as a singer is real and spontaneous, straight from the heart. You feel her power and her sensitivity, on or off stage. Jennie grew up surrounded by musicians. From her great-grandparents to her parents: everyone sang or played an instrument. She draws inspiration from different musical styles: Soul, R&B, Jazz, Hip-Hop, Gospel, Funk and Blues. She made these styles her own, they are an unmistakable part of her amazing voice and her songs.

Jennie’s music balances between pain and hope and with her natural stage presence she sings straight to your heart.
That she’s also blessed with a delightful sense of humour only adds to her unique personality.

Jennie took the Dutch TV audience by storm when she auditioned for the 2015 season of Voice of Holland. Her blind audition number ‘Who’s Loving You’ immediately went viral, giving her international exposure too. The video has been watched over 30 million times. Popular American music blogger Perez Hilton wrote: “It wasn’t only the best audition for ‘the Voice’, it was one of the BEST auditions I’ve EVER seen for a singing competition. Jennie is 1 of my favorite vocalists ever!”.

On her new album released this autumn entitled ‘To Be Honest’, she combines soul, gospel choir and acoustic instruments with hip-hop beats. She wrote, produced and co-produced the album in Amsterdam, Los Angeles and New York.

Ten songs; ten stories: “Each song represents a personal theme I’ve confronted in my life.” Becoming an adult, self-esteem, motherhood, love, change, life, death and her constant battle with pain and hope are the ingredients of her songs, yet above all they are about honesty and loving who you are.

Jennie travels a bumpy road and like one of her musical heroes (Stevie Wonder) once said: “My goal is to use the gift that I was given for the betterment of human kind.”
Jennie and her band grab you by the throat.

Media comments on Jennie and her musical talent:
“Jennie is one of my favourite vocalists ever.” – Perez Hilton

“Just the right swagger to completely own her performance.” – Huffington Post

“Jennie is best described as raw, pure and playful.” – MusicMaker

“Jennie Lena surprises with her raw, funny Amsterdam flair, while she also manages to amaze and move her audience. A powerful personality and a warm-hearted woman.” – AD

“From the moment the show starts, Jennie Lena enthrals the audience with her personality, her amazing voice, dry wit and enthusiasm.” – Nu.nl 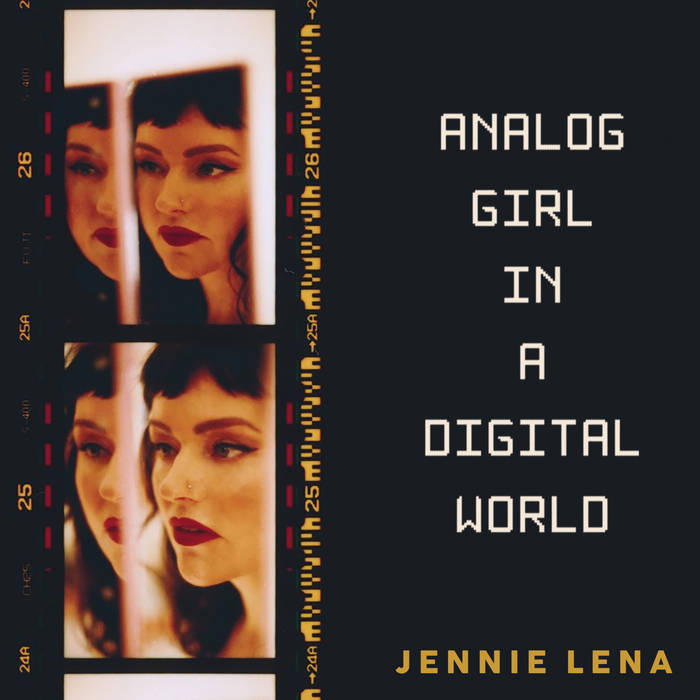 Analog Girl In A Digital World