Winner of first prize and the Public’s Choice Award at the 2014 Montreux Jazz Festival International Guitar Competition, Alex Goodman has been hailed as “among the most promising talents of [his] jazz generation” (JazzTimes), “a definite musical voice” (Guitar International), “one of New York’s most vital young guitarists” (Jazziz),  “an important emerging voice on his instrument” (New York City Jazz Record) and as a player of “fluid lyricism” (Downbeat). In addition to being featured as a soloist on multiple Grammy and Canadian JUNO nominated recordings, the Alex Goodman Quintet’s 2011 debut album Bridges, was also nominated for a JUNO, as the year’s best contemporary jazz album.

In addition to his seven albums as leader or co-leader, Goodman is featured on recordings alongside such artists as John Patitucci, Dick Oatts, Rich Perry and Clarence Penn. In addition to having performed with musicians like Charles Lloyd, Alan Ferber, John Ellis, Eric Harland and Ari Hoenig, the guitarist plays regularly in ensembles led by Manuel Valera (José Marti en Nueva York, Distancia), Lucas Pino (upcoming quartet album 2022), Mareike Wiening (Future Memories, Metropolis Paradise), Remy Le Boeuf (Architecture of Storms, Assembly of Shadows), Martina DaSilva, and Roxy Coss among many others. Alex was the guitarist in the touring band of Lea Delaria (Orange is the New Black) and has contributed to work on film and TV produced by Pixar, The New York Times and Amazon Prime.

In his time on the New York scene, he has performed at the city’s top jazz clubs, including the Jazz Standard, Blue Note, Smalls and Jazz Gallery, as well as at such venues as Lincoln Center and National Sawdust. The guitarist has also performed at the Kennedy Center in Washington, D.C., and Massey Hall in Toronto as well as at such festivals as Winter Jazz Fest in New York, the Montreux Jazz Festival, the Montreal Jazz Festival and further afield at festivals in China, Poland, Ukraine and Bulgaria.

Goodman has won an ASCAP Herb Alpert Jazz Composer Award, and along with writing scores for jazz and chamber groups, orchestra, big band and string quintet, has composed and recorded a book of solo guitar etudes. He is a graduate of the Master’s program in Jazz Performance at the Manhattan School of Music. 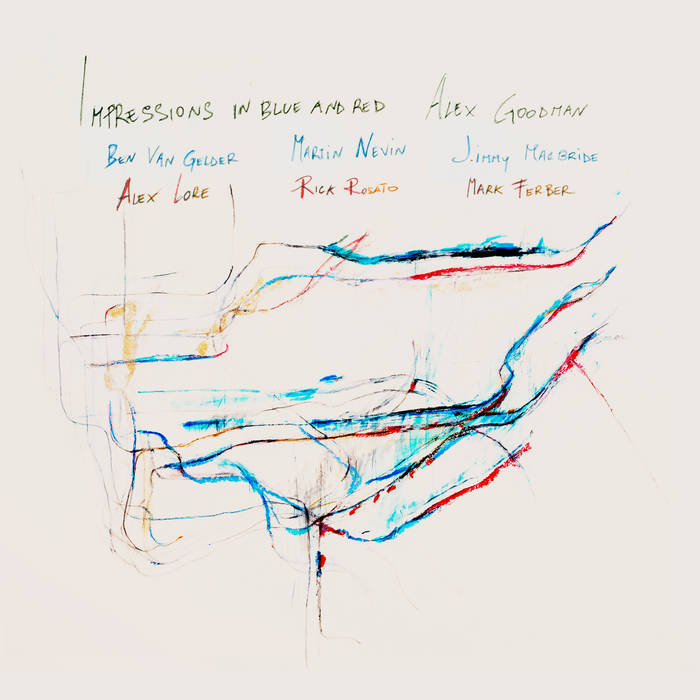