Creators of artistic dream rock, Oracle Sisters make music that is at once sonically soothing and lyrically compelling. Intricate vocal harmonies over lilting arrangements make an otherworldly vehicle for dreamlike stories of human connection, home and heartbreak. Written across Europe and recorded in the south of France, the band’s forthcoming releases speak to the old Portugese concept ‘Saudade’: a nostalgia for the future.

Focusing on the balance of masculine and feminine energies, with harmonies and melody in the centre and a penchant to tell tales and wax poetic, the Oracle Sisters, after a few months of rehearsals, set off to perform a series of shows throughout Paris and beyond. They were invited to tour with Polo and Pan in the UK, Germany and Holland. In London, they played Printworks, Laylow and the Old Blue Last. They played the legendary ‘La Cigale’ in Paris (with Papooz) and have plans to record their debut album in Mexico with Adan Jodorowsky.

Elemental and mesmeric, Paris I is the first of two EP’s in which Oracle Sisters broadcast from one of two possible futures. 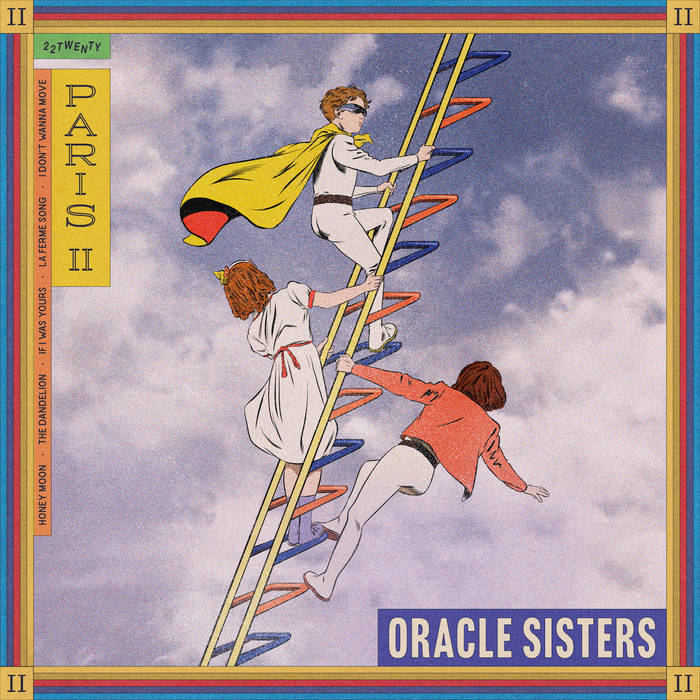