Releasing her debut album 'Heaven Knows' to critical review earlier this year, Mica Millar has quickly become one of the UK brightest new Soul stars, picking up Jazz FM's prestigious 'Soul Act of The Year 2022' award alongside a nomination for 'Breakthrough Act of The Year' and featuring on the front cover of the iconic Blues & Soul Magazine amidst an array of five star album and live reviews and national radio support.

Following two monumental album launch shows in September including a sold out show at the capital’s prestigious Jazz Café and a special hometown performance filling out the iconic Albert Hall, Manchester, Mica performed at 'Jazz Voice' the opening gala of the EFG London Jazz Festival in November at Royal Festival Hall with the backing of esteemed arranger and conductor Guy Barker and the 42-piece Festival Orchestra, broadcast live on BBC Radio 3 and televised on BBC 4. Mica is due to announce her UK and European 2023 tour very soon.​

Amassing over a million streams since it's release in June, ‘Heaven Knows’ has achieved widespread acclaim this summer, including a host of national radio support from the likes of Trevor Nelson at BBC Radio 2 and a slot on Clive Anderson’s ‘Loose Ends’ on BBC Radio 4. Championed by Craig Charles & Tom Robinson on 6 Music and by BBC Radio 1’s Victoria Jane and BBC Radio 2’s Good Morning Sunday, Jazz FM also cite her as one of their most played artists, A listing her most recent singles alongside 'Heaven Knows' receiving 'Album of The Week' and singles 'Girl', 'More Than You Give Me', 'Heaven Knows' and 'Will I See You Again' all being featured as 'Track of The Week'. Mica will also be Guest Head of Music across Jazz FM on Friday 4th November taking over the Jazz FM playlist all day and presenting her own one hour show featuring music that has inspired her.

Mica has also appeared on ITV Introducing with radio interviews and live sessions across a host of both BBC regional and specialist stations across the UK, Europe, Mexico and the US including A list support on Amazing Radio USA, The Face Radio, Brooklyn,  Radio 24, Italy and many more as well as gaining support form Spotify, Apple Music, Vevo UK and Vevo USA featuring on highly sought after editorial playlists.

'Heaven Knows' has also picked up five star reviews from the likes of Daily Express and Daily Mirror who called it "a classy debut" and had acclaim everywhere from Wordplay, Music Week, Fred Perry, 1883 Magazine, The Official Charts, God is in the TV, Backseat Mafia, Soul Jazz and Funk, Soul Tracks, Noctis Magazine, Louder Than War and many more. Mica also landed front cover features at Blues & Soul Magazine who credited her as “a star with intense emotional sincerity” and Echoes Magazine who championed ‘Heaven Knows’ as their ‘soul album of the month’ and one of 'The Best Soul albums of 2022’.

Mica’s distinct vision is one that’s earned her renowned credibility within the industry and it’s her creativity, drive and attention to detail that has made ‘Heaven Knows’ the album it is - a timeless collection of modern soul showcasing a confident new artist, quickly establishing herself as a new and unique voice in British Soul music. 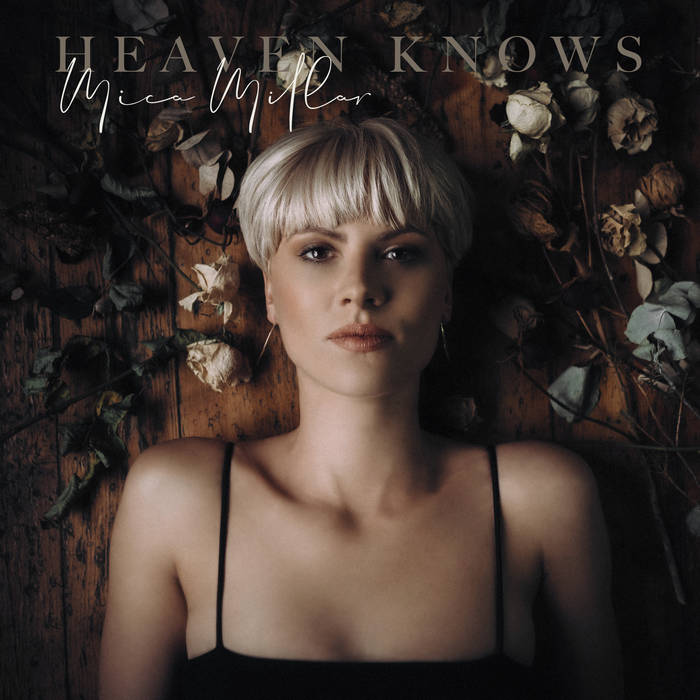